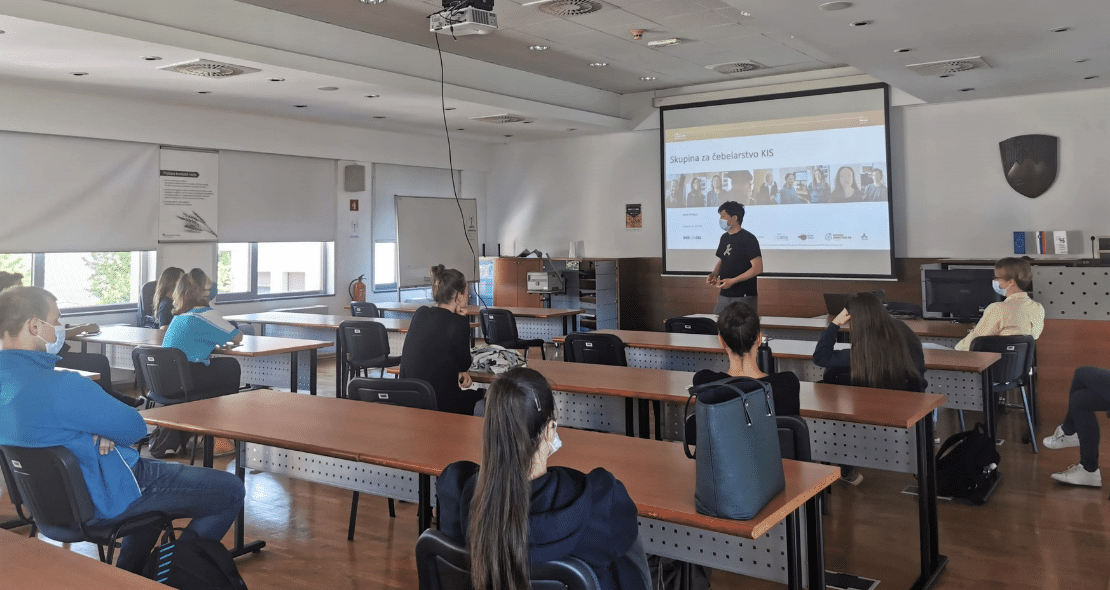 One of the key activities of the researcher is sharing her or his peer-reviewed findings, in standard practice with the scientific community, which can use new facts to bring research to the next level. But this is only half of the story: at least as important is also passing the knowledge in non-scientific terms – I am trying to avoid the phrase »layman terms« – to other potential target groups. The latter is at least as important as the former as it brings about both societal progress and acceptance of science in the non-scientific part of society. In the last few years, we were frequently shocked by how little trust there is in scientific findings regarding COVID within society: one would like to lay blame on social media for publishing non-peer revied »facts«, but we the scientists also share guilt for locking away ourselves from the people.

Occasionally, I have contact with students, lecturing about insect biology and beekeeping. It is then that fear that my best effort might not be enough and that the message might not get through creeps up on me. Let me explain: besides fractographic knowledge, which can be obtained by a student from many – often unverified – sources, the teacher’s duty is to teach students of analytical thinking and to evaluate data they have access to with a critical eye. This is now much more important than it was in my generation, which didn’t know google and general news sources usually had authors with names and reputations to go along. The educational system, however, seems to be stuck at some point in the past, still passing the facts in heaps but no method of what to do with them. Finally, responsibility for own actions seems to be nowhere to be found, neither in past nor in current curriculums. At most, it is mentioned in the light of criminal deeds. The environment is not mentioned here.

Thinking green is a key direction for a decade. And similarly, COVID has its opponents as, trying to reduce its importance or talk down the consequences of living life »in the traditional way«. Like every buzzword also has leaches attached to it, making a business out of it, and reducing its value to monetary terms only. The students I am talking with are not stupid or ignorant but somehow guideless in this manner and thus easy prey.

Often, looking at honey bee colonies together with students we are talking about how the demands, expectations and technology have changed beekeeping in the last 20 years. Science has even coined the phrase “Colony Collapse Disorder” (CCD), a phrase known to many even outside the sector. But now it is clear that CCD and other pests and pathogens that arrived recently are emerging as the consequence of irresponsible human behaviour, such as global trade chains, trying to increase profit by changing local species for another and forgetting that evolution took millions of years to adapt hosts to pests and vice-versa and that simply mending the leaky cauldron will give us not new but a patched pot. In BeeConSel we are dedicated conserve the local genetic pools. This knowledge and the awareness that homegrown is something worth having in the apiary is something we on the BeeConSel team try to pass on to students who will be future apiarists, but also future government administrators, issuing permits, sanctioning subsidies, etc. Even those, who stay outside the beekeeping or related apiculture sector count in the debate or steering the community.

The article was published in the April issue of the Regional Cooperation Magazine. You can read it HERE