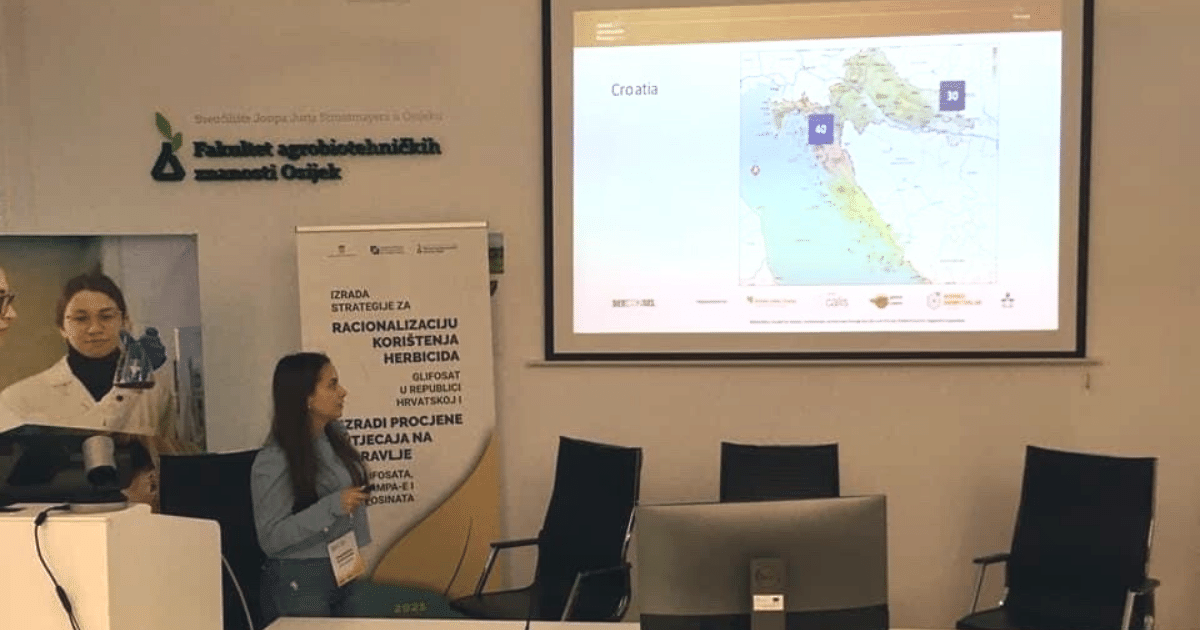 My desire as a young beekeeper to enrol in the Faculty of Agricultural Sciences and Food in Skopje was to upgrade my knowledge of beekeeping and agriculture in general. I met professor Aleksandar Uzunov at one of the lectures at the beginning of my studies. From his side, I was soon offered to participate in several projects, including the BeeConSel project. Participation in such a large project was something that I should not miss to achieve my goals. I was chosen as a target group by the project and thus participated in the implementation of activities in the field with several other students. The fieldwork allowed me to “dive in” more and more not only in the production of queen bees and the control of their mating but also in the improvement of my work with bees because I was always near two long-term experts, MSc Borche Pavlov and BSc Goran Aleksovski.

One of the significant moments for me in the project was when at the workshop in Osijek (November 2021) I was offered to present the results obtained so far from the research in Macedonia, Slovenia and Croatia. I had stage fright, I must admit because my listeners were well-known experts in various fields around the world, but I still think I managed to capture the actual situation. After the long winter and setting up the research in several locations in Macedonia, I was offered to support the Jo Horner method, which was implemented for the first time in Norway. For me, the challenge of going to green Norway meant an opportunity to get to know the country’s culture, the way of living and experiencing the 24-hour day, which for people from my area of ​​residence is far from ordinary. I left in June. I was warmly welcomed there and got the chance to work with different subspecies of bees in the circle of the university apiary. Together with another possible future beekeeper, Camila, we conducted two trials for two weeks. With that, we contributed to getting some initial information about the natural mating of the queen bees there, as well as improving the Jo Horner method for the next season to make it possible.

In the meantime, I left for training in the instrumental insemination of queen bees in Krakow, Poland. I met the colleagues I had previously met during the project, who also participated in the training. The organizers of the training were great, and they had a lot of patience with us while we, unfortunately, had to destroy a million drones in order to get some practice in extracting the sperm. The thought that I will be among the first to introduce instrumental insemination in the practice of Macedonian beekeeping led me not to regret for a moment that, after 8 hours a day, I sat at the microscope and inseminated the queen. The best feeling was when I did it successfully. The course itself lasted a total of 32 hours, and during the breaks, at the apiary where the training was held, I tried to get as much information as possible from the organizers regarding their method of beekeeping, production of queens, honey since it was a big company which invests a lot of energy in improving beekeeping.

After completing the course, I returned to Norway to implement the second attempt that I mentioned earlier. It ended up being great, I wish it had lasted longer so we could get more information, but the weather didn’t allow it anymore. At the end of July, I returned to Macedonia and helped finish this season’s research by collecting the samples from the last locations. With the end of the season, I’m overjoyed to have been part of such a project and hopefully, when spring rolls around again next season, I’ll be lucky enough to be invited again. With that, I’ll have one more chance to supplement my knowledge in the area of queen bees and their mating, as well as beekeeping in general, and implement it in realising my business ideas.

The article was published in the October issue of the Regional Cooperation Magazine. You can read it HERE